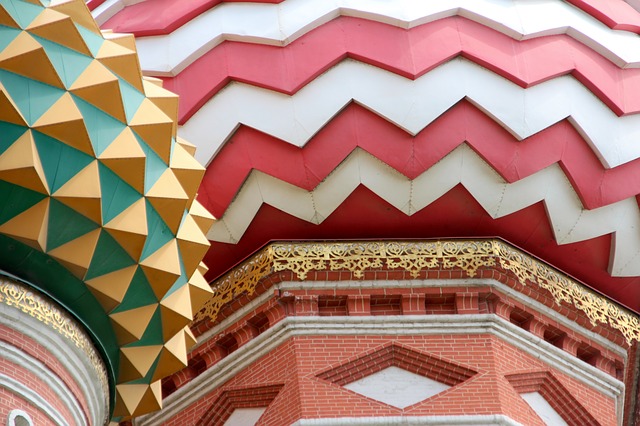 Shopping was a complicated business in the Soviet Union in 1976. There was very little food in the gastronoms: fresh, canned or pickled cabbage, cheese, eggs (sometimes) and a small variety of canned food. If you were lucky there was dark rye bread. All goods for sale were on display. Nothing was stored in any back rooms. Items were neatly lined up on shelves with plenty of space around them. Cans were staked in precariously balanced pyramids and glass display cabinets held a sparse collection of dairy products.

The 1970s were defined as the ‘Era of Stagnation’ under the leadership of Leonid Brezhnev.

Communist propaganda referred to the era as a ‘Period of Developed Socialism’. After the haphazard leadership of Kruschev, there was an attempt to stablise the country. This was achieved, but then not much else happened. Reforms were repressed by the conservatives in the Party and the interminable political maneuverings in the collective leadership could not shift the membership sufficiently to breathe any life into the bureaucracy. The Brezhnev men had emerged as leaders way back in the 1930s after a purge by Stalin. They were the ones left standing, so to speak, and they remained in leadership roles until by the 1970s, they were considerably older than most adults in Russia.

Despite promoting themselves to the outside world as prosperous —‘all was for the best in the best of all socialist worlds’ — productivity was low, workers had little purchasing power and collectivised agriculture produced little, if any, surplus. There was insufficient housing, local consumer goods were often poor quality and the general standard of living had dropped. Needless to say, those old men in power and others with positions of influence had access to plenty of quality consumer goods behind closed doors, hidden away from the general populace who may have revolted if they had known it was there.

I joined the general populace in my shopping expedition in Moscow. There was a strict method for purchasing goods. First you joined a queue outside the shop. Once inside, you headed to a counter and joined a second queue waiting to inform the shop assistant what you wanted to purchase.

In one instance, I wanted some cheese. I pointed to it; there was only one type in the cabinet. The shop assistant behind the dairy counter nodded at me and blurted out something in Russian. Of course, I had no idea what she meant. I frowned and mimed helpless ignorance. All around me people started to help, gesticulating and laughing and speaking incomprehensible Russian and making me feel quite foolish. The shop assistant mimed her question by moving her right hand in a chopping motion and after a pause, drawing a square in the air. She repeated this several times much to the amusement of the crowd and my ever-increasing embarrassment. Finally it dawned on me that she was asking me whether I wanted the cheese sliced or in a block. I mimed the block. The crowd cheered. I smiled and laughed along with everyone else.

She wrapped up the cheese in white paper, put it to one side and handed me a scrap of paper on which she had scribbled something. Puzzled, I watched what others were doing with their scraps of paper and followed them over to a third queue. People smiled at me and patted me on the back. I had gathered a small coterie of supporters and I was doing well! Others avoided me, refusing to make eye contact or frowning and tut-tutting their disapproval of their comrades engaging with a foreigner.

This third queue took me to a man sitting at a cash register. He took my scrap of paper and indicated he wanted some money. I paid him and was given a receipt which I took back to the dairy counter where I joined a fourth queue. Eventually when my turn came, the cheese lady took the receipt and gave me my cheese. This process operated for every single purchase or series of purchases at each counter.

I purchased six eggs — a luxury! — and to my horror they were given to me in a paper cone, one egg at the bottom and the others sitting neatly on top — an inverted pyramid of eggs! I had cheese, bread and cabbage in a bag which I slung over my shoulder so I could hold the eggs carefully cupped in both my hands. I walked slowly to the bus stop, never taking my eyes off the cone of eggs, waited for the bus — yes, in another queue — stepped carefully up the steep steps onto the bus (circa 1940), found a seat and swayed and bounced back to the campsite, eggs intact. At the end of the trip my eyes were sore from such intense focusing, but I was rewarded with a gourmet meal of boiled eggs, cheese on rye, cabbage on the side, all washed down with vodka.

There was one food at which the Russians excelled and that was ice cream. 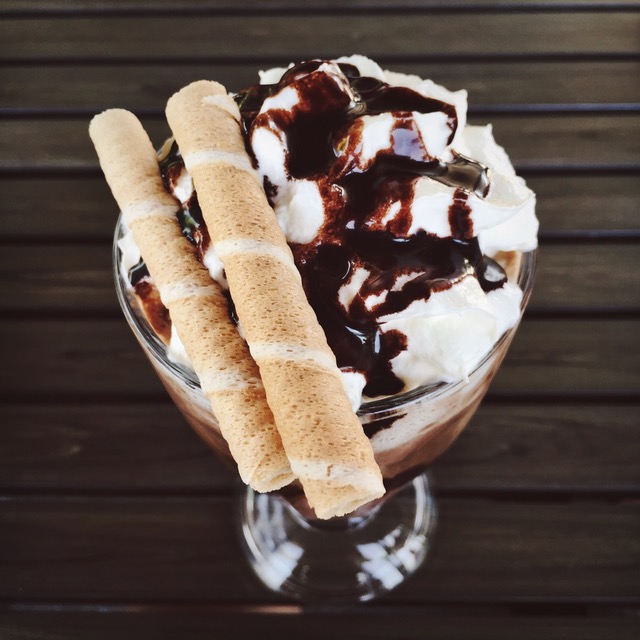 The story goes that in the 1930s, Anastas Mikoyan of the Ministry of Food Supply, returned inspired from a trip to the United States and decided to open an ice cream factory in the Soviet Union. In typical Soviet style there were strict standards and regulations about the production of ice cream called GOST or Gosudarstvenny Standart and this included the use of only natural ingredients, 12% cream and standardisation of flavours so that all citizens no matter where they lived in that vast land would experience the same taste. I suspect the ice cream was made creamier than Western varieties so it could be added to the list of the many things that demonstrated the USSR’s superiority.

One of the most popular Russian ice creams was ‘Plombir’ which is a word derived from the French ‘glace Plombière’ rather than the French for ‘female plumber’ which is also ‘plombière’.

Click here for the story behind this rather strange nomenclature for a classic French ice cream which is created in a metal mould.

The Russian Plombir ice cream came as a wrapped 250-gram block suitable for a whole family. It was often served with jam or grated chocolate. There was also Eskimo ice cream on a stick and covered in chocolate, chestnut-flavoured Kashtan, and a two-in-one which consisted of ice cream and cake in a waffle cone.

I have a vague memory of eating ice cream and drinking champagne in a Moscow ice cream parlour — sounds too luxurious to be true. Ice creams were also available from street vendors for which you had to queue, of course! The Russians are passionate about ice cream and they eat it no matter the weather, including sub-zero winters. There is even an annual ice cream festival in St Petersburg in May.

The most famous place for ice cream was at a counter in the department store, GUM, an abbreviation of Glavnyi Universalnyi Magazin, literally “main universal shop” built in 1893 and known as the Upper Trading Rows.

It overlooked Red Square and contained 1,200 individual shops. Stalin closed down this excess of capitalism in 1928 so that it could be put to more productive purposes such as housing the party officials engaged in developing the first Five Year Plan. In those days the top floor was called Section 100 and consisted not of a prison or KGB office as this name would imply, but a secret clothing store for the exclusive use of senior Soviet party officials.

By 1976, GUM had been well and truly re-established as the State Department Store which we visited on our second day in Moscow. GUM was, according to the travel brochures, the world’s largest department store and this fact was heavily promoted to visitors because everything Russian must be bigger and better than its counterpart in the West and in particular, the USA. What I remember of GUM was a building that resembled a vast railway station not unlike the Musee D’Orsey in Paris with its metal and glass vaulted roof or the Queen Elizabeth building in Sydney. For some reason, I also remember rolls of fabric in one section of the store, but that is about all. If we had decided to make a purchase we would have spent most of the day in a very long queue that stretched out into Red Square. Instead I chose to sit down on the steps of Red Square and gaze over at the north-east wall of the Kremlin. I wasn’t there for long before an armed policeman marched over and reprimanded me and insisted that I stand up. Sitting in the Square was clearly forbidden. Perhaps sitting was associated with the unseemly habits of Western protest movements. Apparently it is now forbidden to ride bicycles in Red Square and according to a discussion on Tripadvisor, you are also not allowed to chase pigeons there either.

If you make Plombir ice cream please let me know how you go.