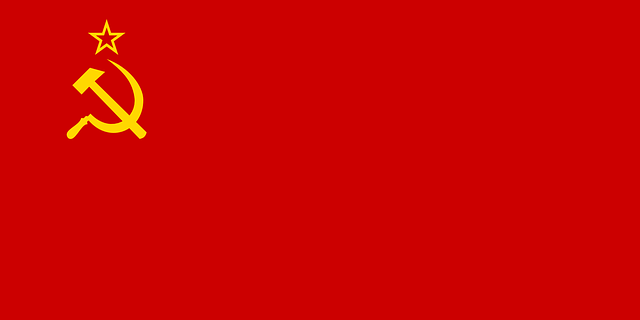 I travelled in the Soviet Union in 1976 when I was 25 years old with my then husband, Norm. We were young innocents abroad in an extraordinary country that was both captivating and frightening. This blog recounts our entry into the Soviet Union from Vaalimaa in Finland.

Vaalimaa: today it is a ridiculously busy border crossing between Finland and Russia on the E18 highway, an international centre for service and trade with over two million crossings per year. Apparently trucks and transports line up for 60 kilometres  waiting to get in or out of Russia.

On Friday July 9th 1976, it was a very different story. Vaalimaa was nothing much more than a collection of small buildings housing officials and a café in the middle of a pine forest on a country road. On that particular day we were the only vehicle on the road heading into the Soviet Union.

Our passports were stamped: 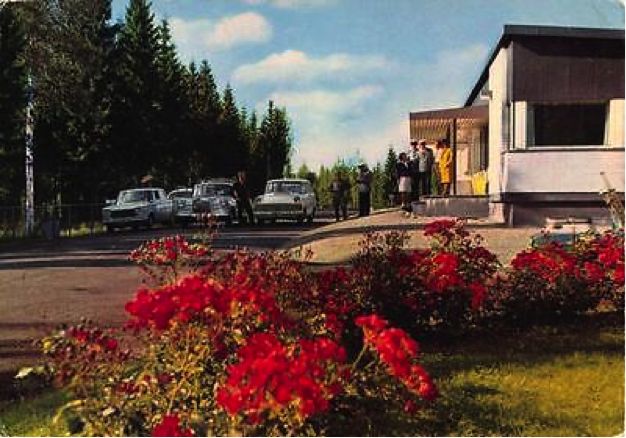 There was no boom gate. No guards. We were simply waved on past a small rose garden. Border crossing number one was easy.

We drove for a few kilometres on what seemed to be a quiet, country road eventually rounding a bend to see directly in front of us a large expanse of bitumen edged by a forest of pine trees with a watchtower and a small timber building to the left.

We had arrived at the second border crossing and the Iron Curtain. Vasily Rozanov, a Russian philosopher had coined the term after Lenin’s “Red Terror” and shortly before he starved to death in 1919 in what was then called Petrograd.

With a clank, a squeal and a groan, an iron curtain had descended over Russian history: the show is over, the audience has risen. It’s time for people to put on their coats and go home. But when they look around they see there are no coats anymore, and no more homes…(1)

In 1976, the “iron curtain” described the impenetrable border of electronic surveillance systems and patrols that enclosed Russia and the other cities and states of central and Eastern Europe, all of which were now in the Soviet sphere with Moscow at its centre.

Here near Vaalima in this rather lonely part of the world, the Iron Curtain was a simple boom gate across the road.

As we drove slowly towards the hut I looked up at the watchtower to see a soldier, his gun slung casually across his shoulder, peering down at us. Two people emerged from the hut as we arrived – one was a fat man in a tight fitting khaki uniform, buttons straining over his stomach. He signalled for us to stop and get out of the van. With him was a thin, hard-faced woman who reminded me of Rosa Klebb from the old James Bond movie, “To Russia With Love”. During the proceedings that followed, I kept a careful eye on her shoes hoping (or perhaps not hoping) to see a lethal poison blade.

We had heard many stories from other travellers about their experiences entering the Soviet Union: being strip-searched, kept waiting for hours, having the engine of the car taken apart or even being kept locked up overnight at the border ostensibly while papers were being double and triple-checked. We had obeyed the rules about what we could not take into Russia.

NO more than three pairs of jeans.

NO more than five rock records.

And NO Soviet banned literature or political writings.

We were leaving the West behind and heading into a totalitarian country. Our knowledge of the country was probably better than most tourists because we had studied aspects of Russian history and politics in our undergraduate degrees, but basically it was knowledge based on history books, novels, movies, especially Dr. Zhivago and the Let’s Go Europe Travel Guide of 1975.

We knew the Soviet story: the grandeur, power & excessive wealth of the Tsars repressing the noble workers and peasants who in turn rose up and crushed them.

We had read of a glorious history of astonishing victories over adversary, but also full of violence and fear. The Gulag; freezing winters, vodka; poetry; Dostoyevsky, Chekov and Tolstoy; spies, the Bay of Pigs and the Cold War; deep snow and vast stretches of land electrified by Lenin; a proud people; a mighty military force and for some reason I imagined the country to be well managed and efficient in a totalitarian way. That was soon proved to be very wrong!

What we did not know on entering the Soviet Union was that on the previous day our Australian Prime Minister, Malcolm Fraser, had announced an anti-Soviet pact with China.

We were gleefully informed of this by the fat man who clearly expected us to cower and beg forgiveness. Rosa Klebb just glared. I was astounded and somewhat impressed that out here on the other side of the world they actually knew of Australian foreign policy activities that had happened only the day before. I tried to look impassive to the news and said something rather foolish like, “Oh dear”. I focused on breathing calmly and deeply.

We were asked for our passports and papers and we handed them over reluctantly. Rosa Klebb demanded wallets. She searched through my wallet and came across a card which she pulled out with a “Harrumph” and showed it to the fat man. It was my membership card for the Australian Labour Party.

“Ha! Australian Labour Party! So you do not like this government of yours?”

I assured him that I did not and blessed my good fortune. I had simply forgotten to take the card out of my wallet before we left home. I relaxed ever so slightly.

The fat man, now beaming at us, marched off with our papers into the building to be checked. Rosa Klebb snapped orders at three soldiers who came over at a trot to search the van. Everything came out and was closely inspected before being tossed onto the ground.

They prodded behind the interior lining of the van with long wires. That panicked me. What if there were something illicit in there? How would we have known? We certainly did not check behind the panels when we bought the van. It turned out there was nothing there.

Our books and brochures were inspected and two brochures advertising Poland were confiscated. I wondered why, given that Poland was an ally of Russia. I could understand if we had been foolish enough to carry travel brochures of the United States. But Poland?

Perhaps it was the photographs on the front of the brochures of women in two-piece bathing costumes. And I mean two-piece. They were not bikinis. There was only a small amount of exposed stomach flesh, but maybe that was enough to corrupt the moral standards of young Russian men. Or, perhaps the pictures came to be pinned up on the walls of the small hut for the soldiers to gaze at on cold, lonely nights.

Eventually the fat man came back smiling and chatting to us about the glories of the country we were about to visit. He was friendly now that we could be regarded as comrades. Even Rosa Klebb stretched her mouth into a smile.

We were handed our papers and passports and with a handshake and an imperious wave the fat man granted us permission to go.

They had left us to pick up everything and re-assemble the van. Once we had done this, we started the motor, waved to the soldiers loitering outside the hut and headed off through the open boom gate and drove into the Soviet Union feeling relieved and relatively calm. That had not been too bad an experience at all. Our growing confidence was soon shattered.

Some way down the road and out of sight of the border we were attacked by hordes of children. They came running and screaming out from the trees to our left waving their arms frantically. They were skinny and unkempt, dressed in rags and grubby. Some looked as if they were close to starving. Out of their mouths they screamed at us in a language we could not understand although we picked up some English words like “stop”, “please”, “food”, “dollar”. They rushed on towards us seemingly not caring that we could run them over.

We naturally slowed down, but locked the doors. They came right up to the van pounding on it with long boney arms, and yanking at the doors to open them.

I slammed my hands on the windows and yelled back at them to go away while Norm waved angrily at them with one hand and steered with the other. We were crawling along simply because we did not want to kill them.

Norm pressed his hand on the horn and started to increase our speed. We gestured furiously at them. We gradually built up acceleration and they  dropped off or leapt away.

We ran over no one and as we looked back we could see them crazily dancing in the middle of the road, leaping and gesturing at us and yelling heaven knows what curses.

Unless of course, they were welcoming us to the glorious Union of the Soviet Socialist Republics!